Most of the U.S. is probably tired of snow, but we finally got our first real batch yesterday afternoon.
We got around 7 inches. I know--that is nothing compared to New England, but it is more than most people around here can handle.
I believe the news mentioned over 1000 traffic "incidents."

This was heading out to work this morning with plans of opening 2 hours later than normal. 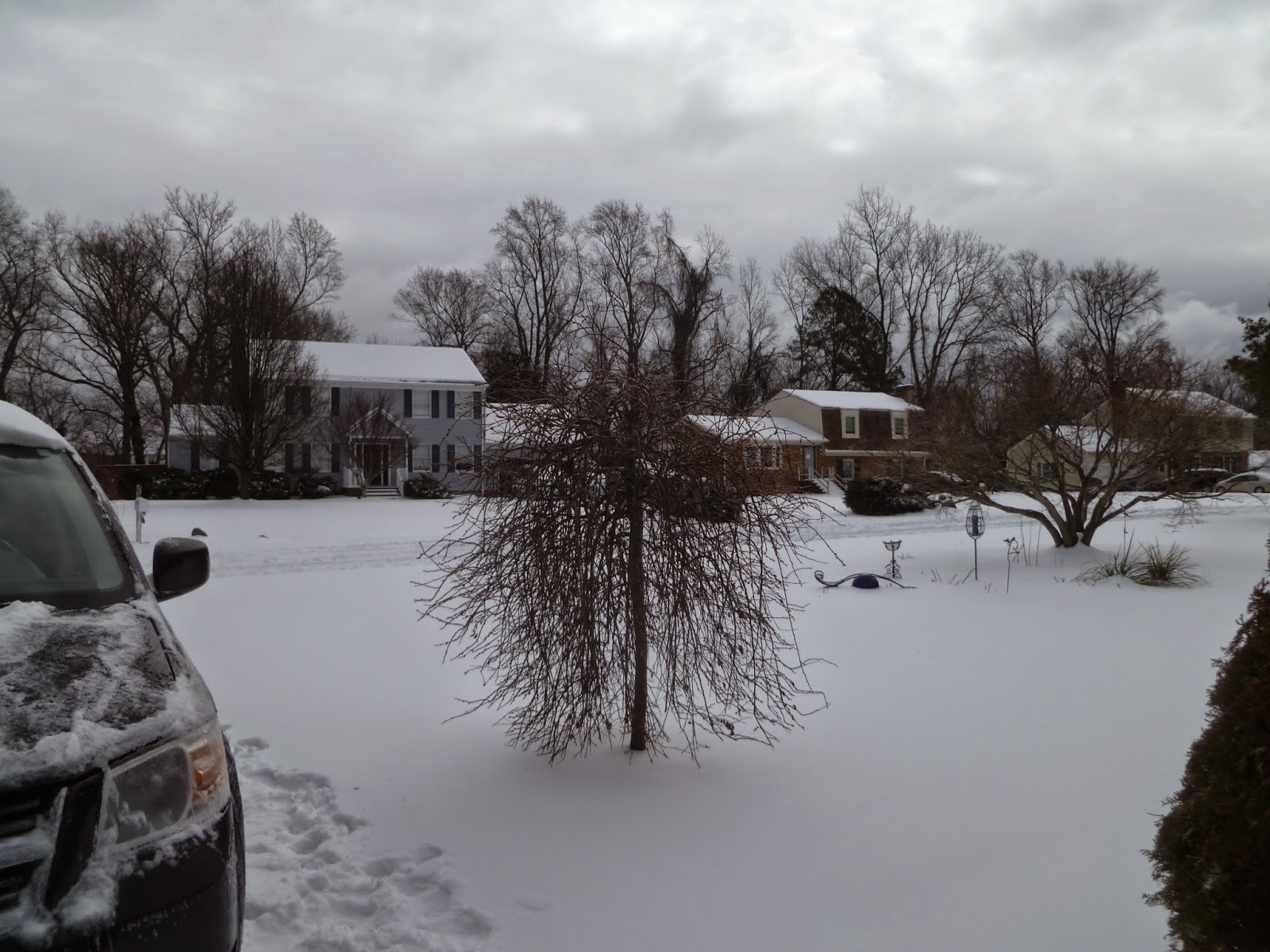 And this was 5 hours later after a grand total of 2 customers. 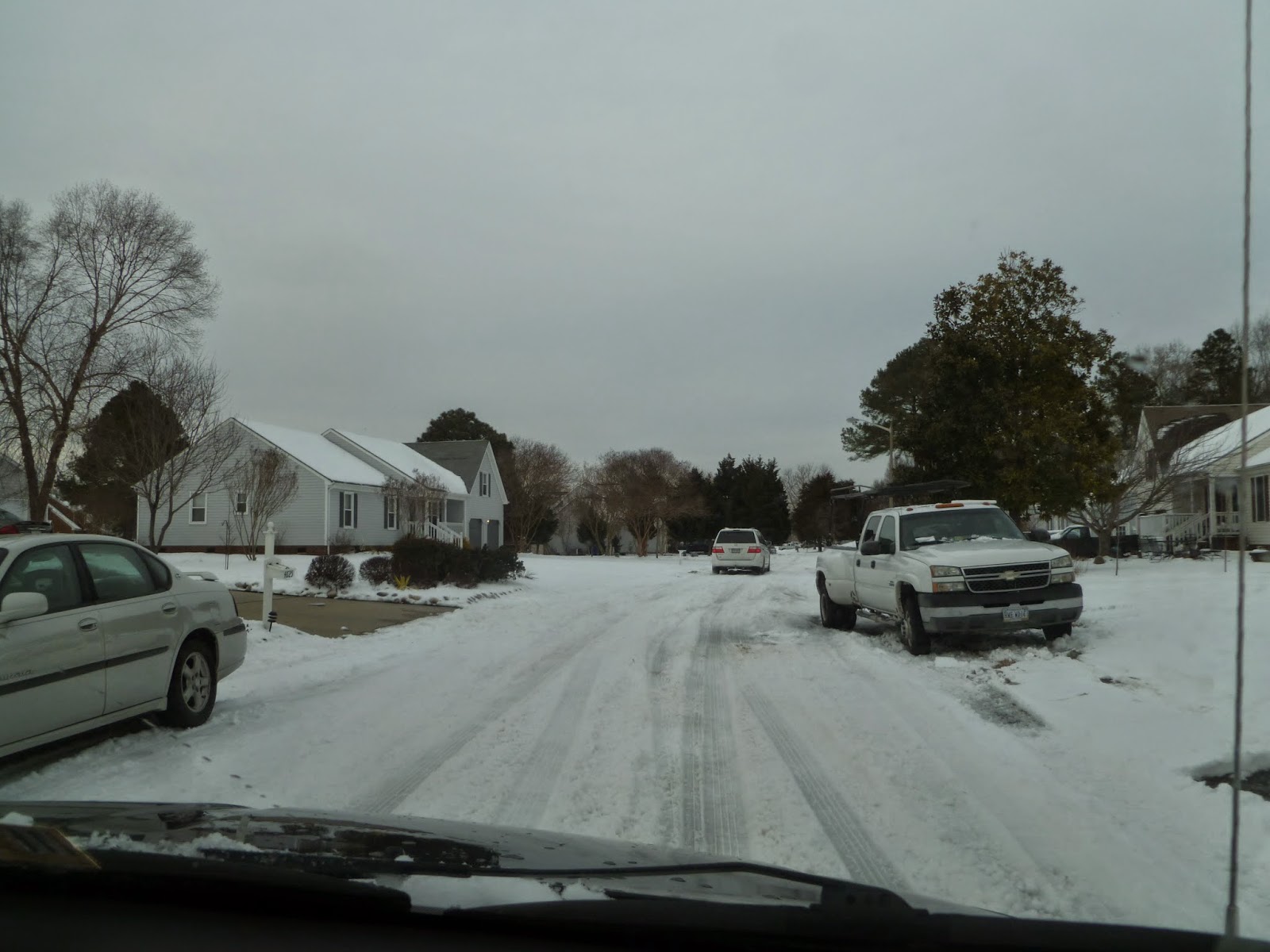 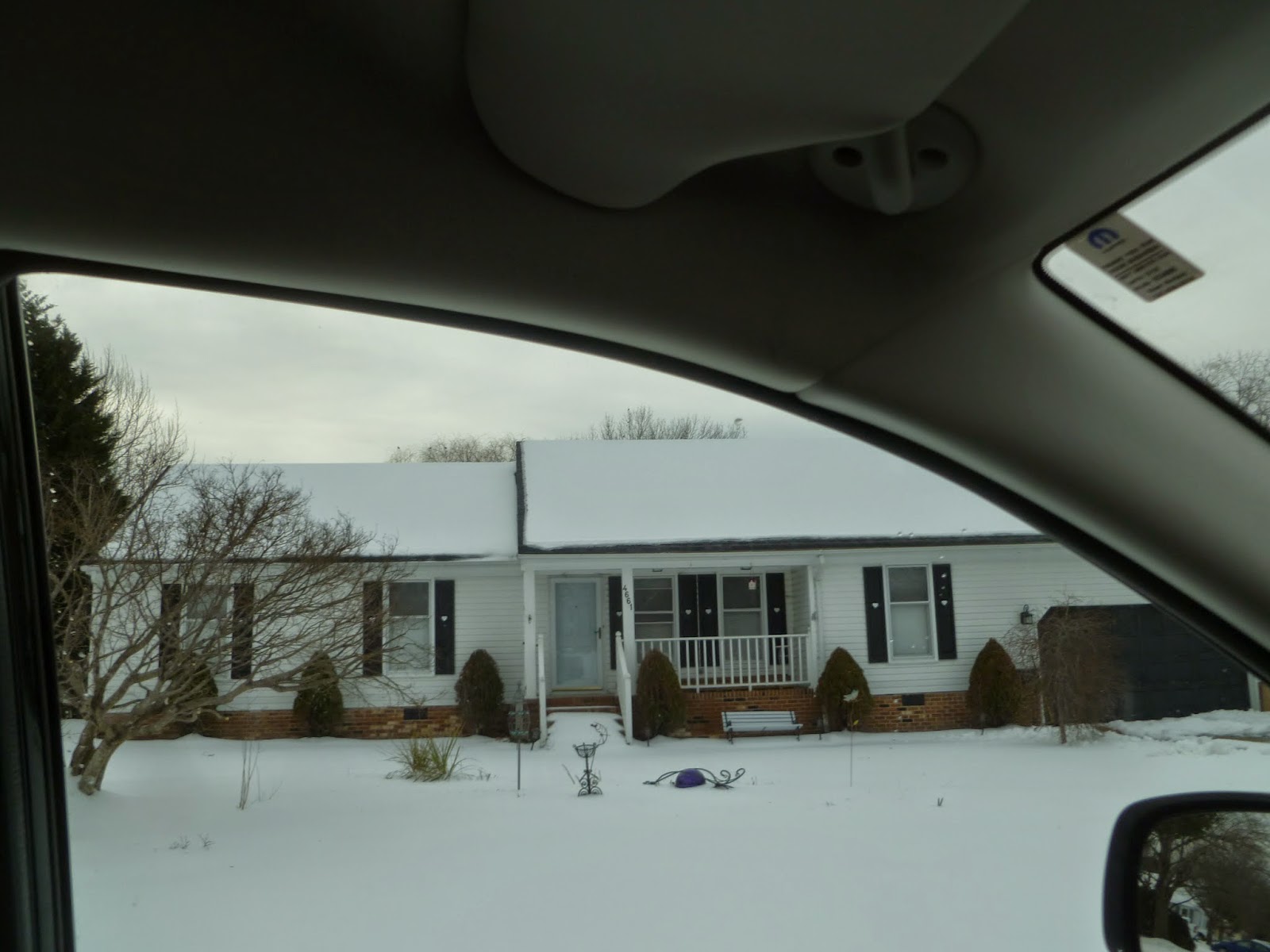 Somewhere under that pile of snow, the spring bulbs had already started to bust out of the ground.  Probably had something to do with the 70 degree weather we had the other day.
And speaking of...
We had really high winds the other night and woke up to this... 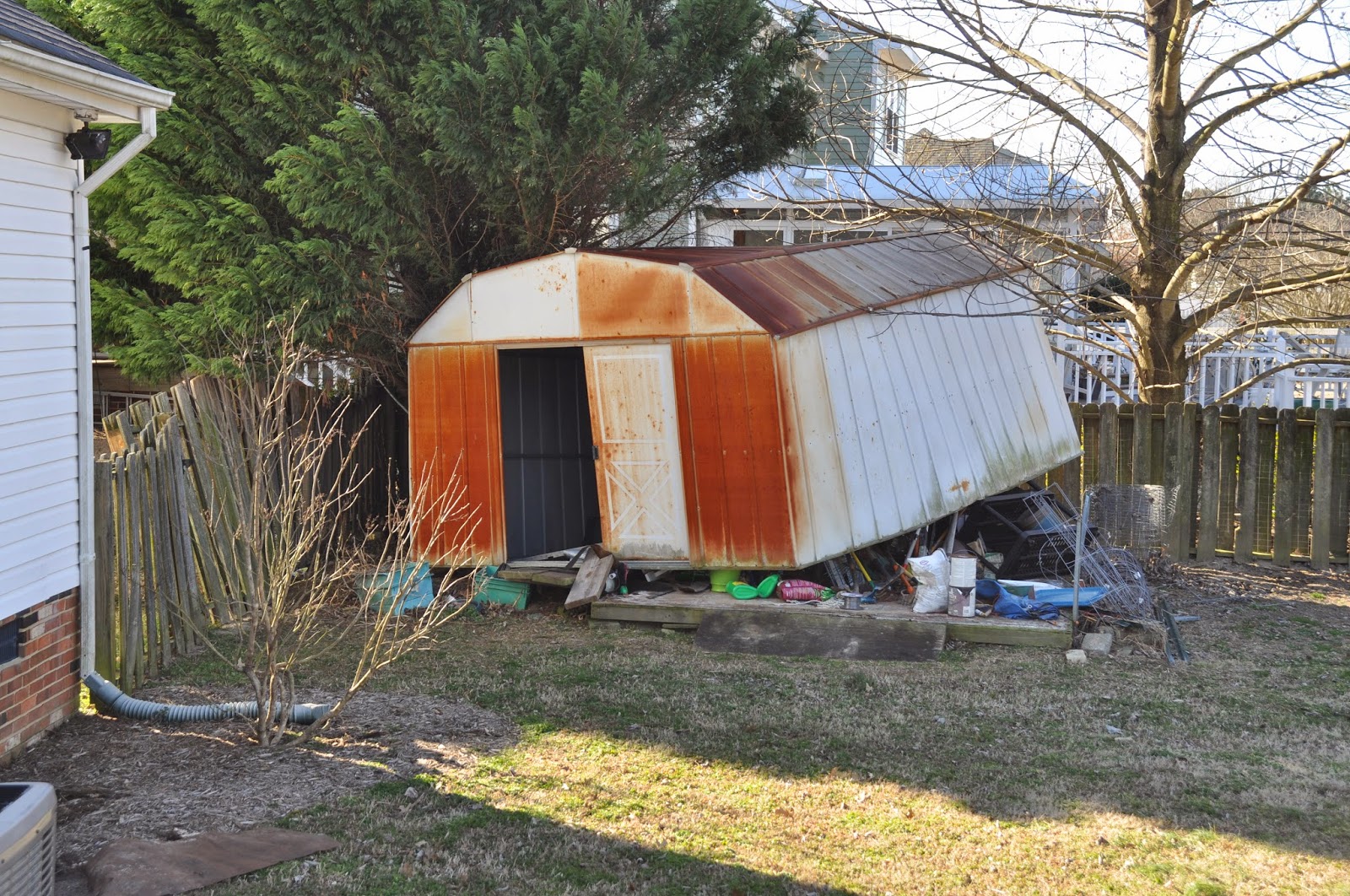 It broke the fence as well and the tree is not standing up too straight but the good news is that it was all the garden stuff and not the one with the lawnmowers and other tools.
And it was going to get replaced anyway--just not right now.
We are busy doing inside things like all things organizing.
Like my new pantry: 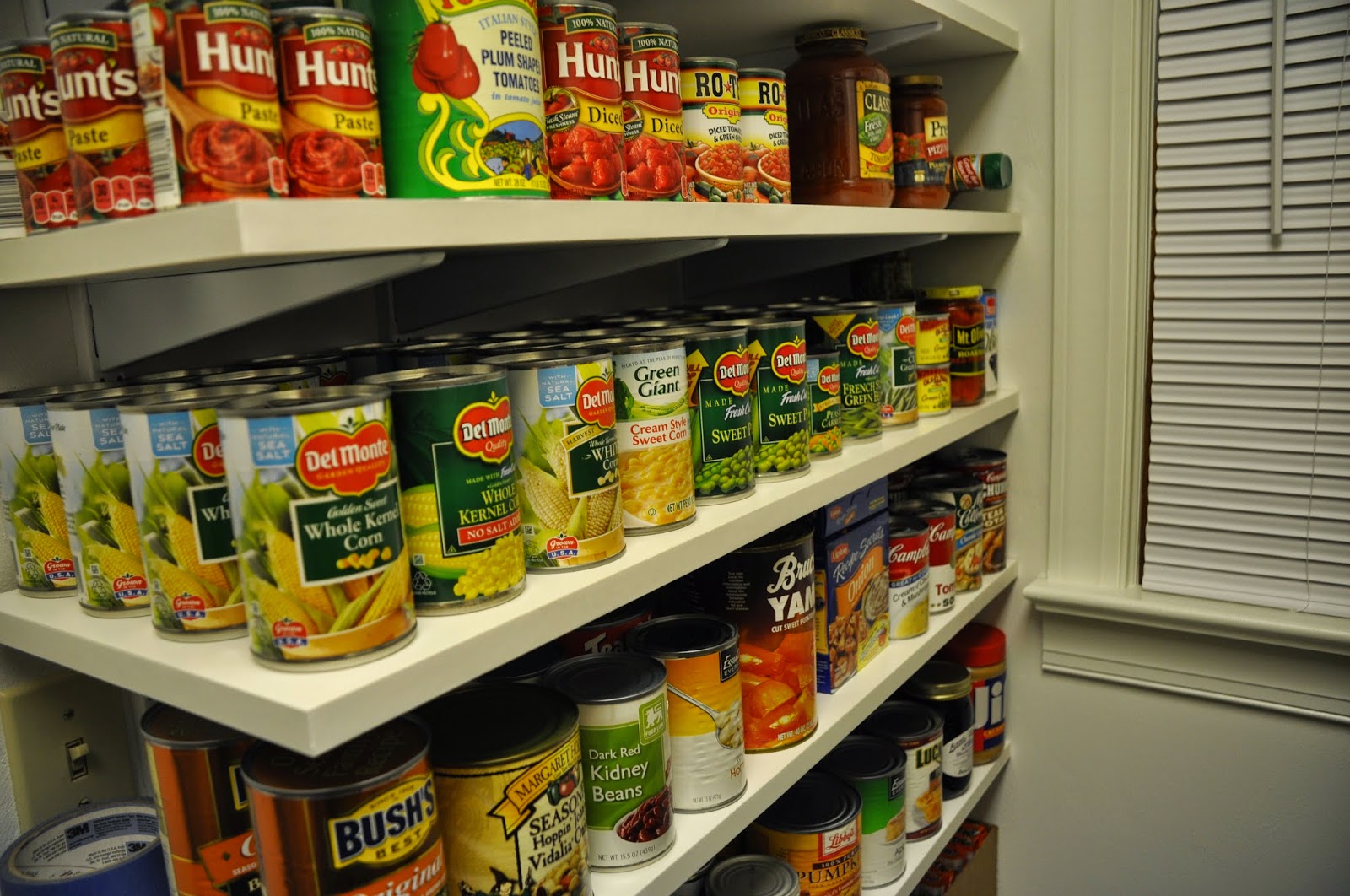 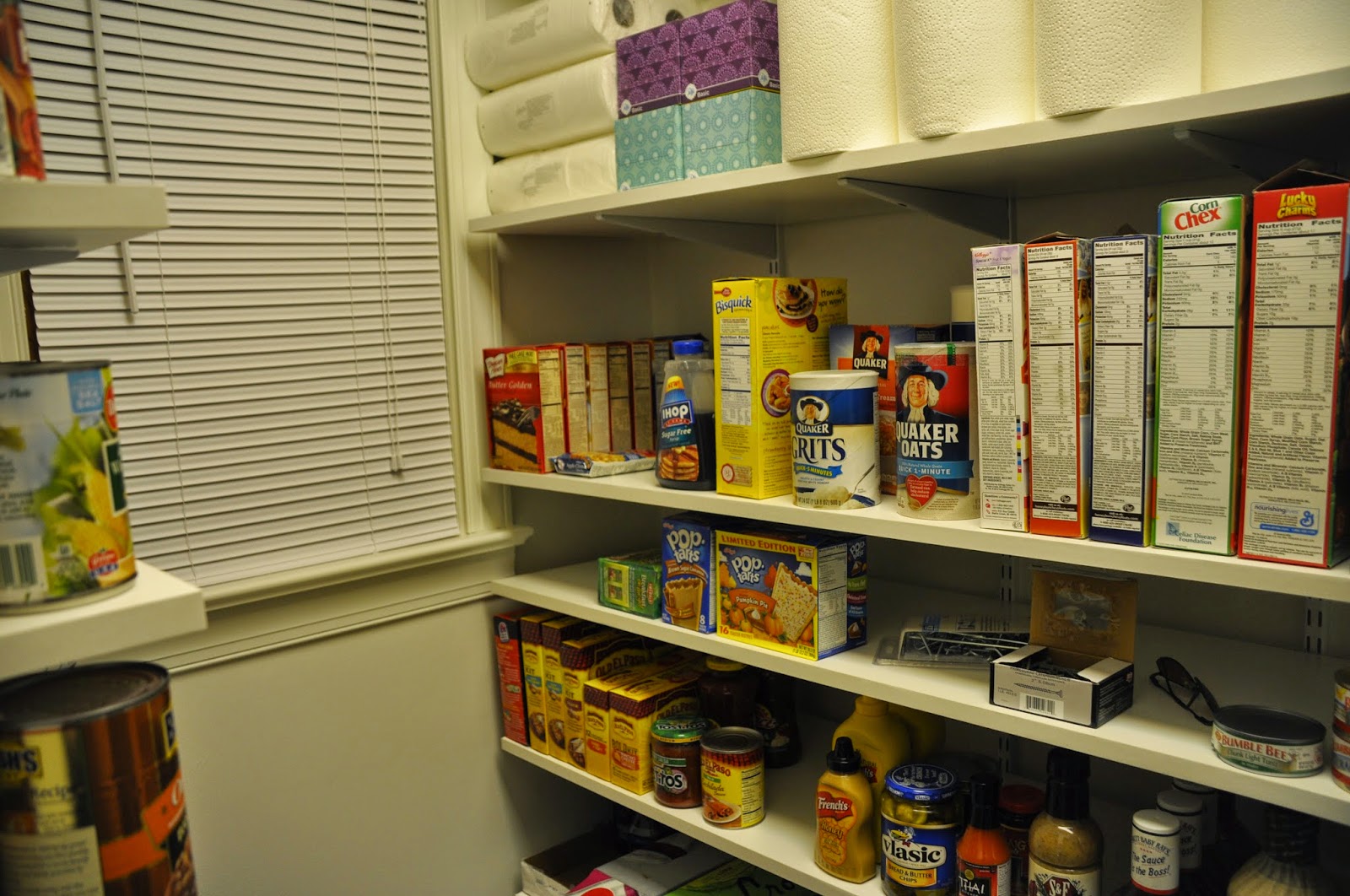 Isn't it pretty????
It is sort of hard to get a zoomed out view because we have used up every bit of space.
Including the wall behind the door... 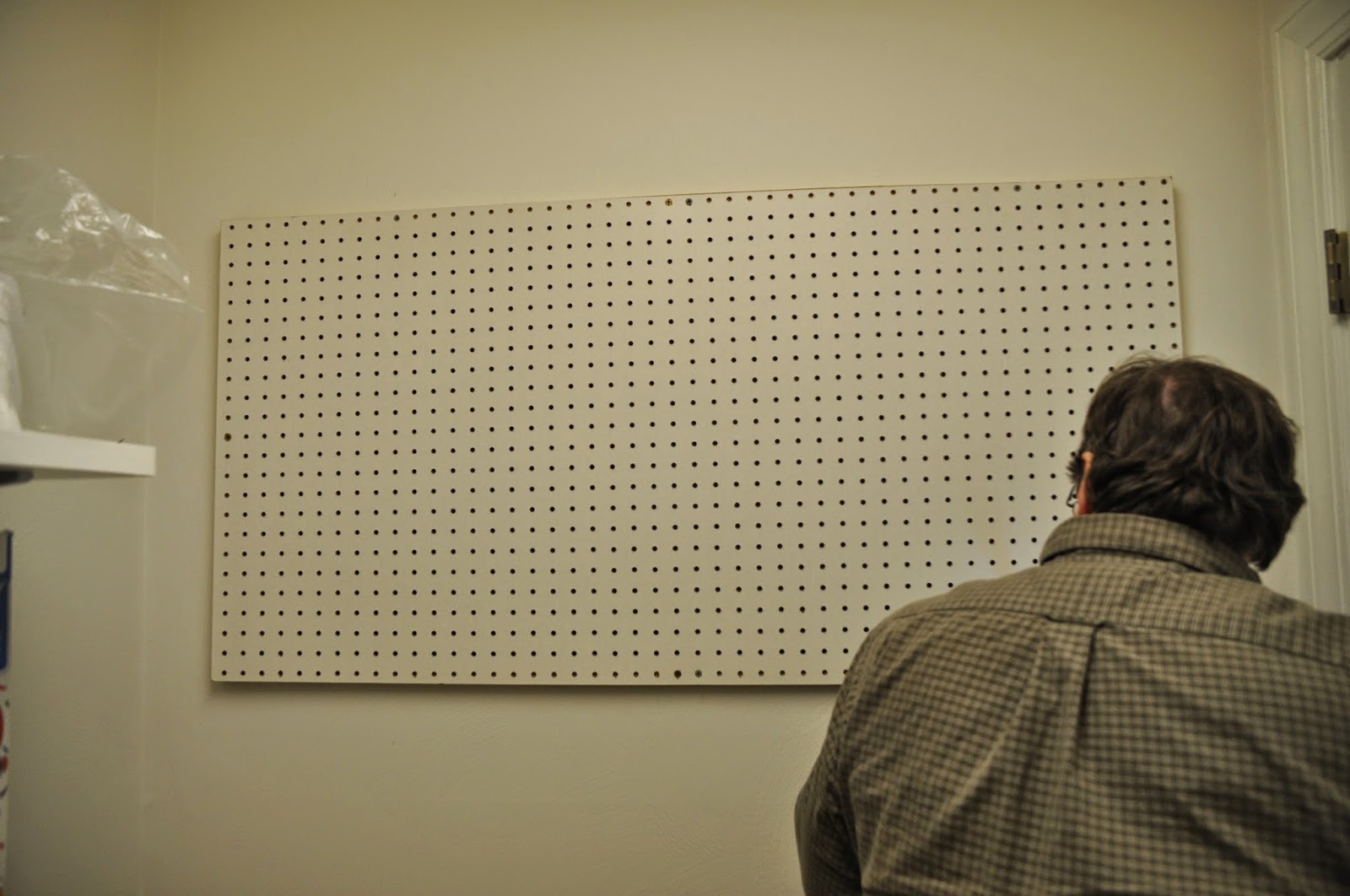 I haven't finished filling this up yet, but I will get there.

So, snowy night and we have all worked very hard this week.
Time for relaxing! 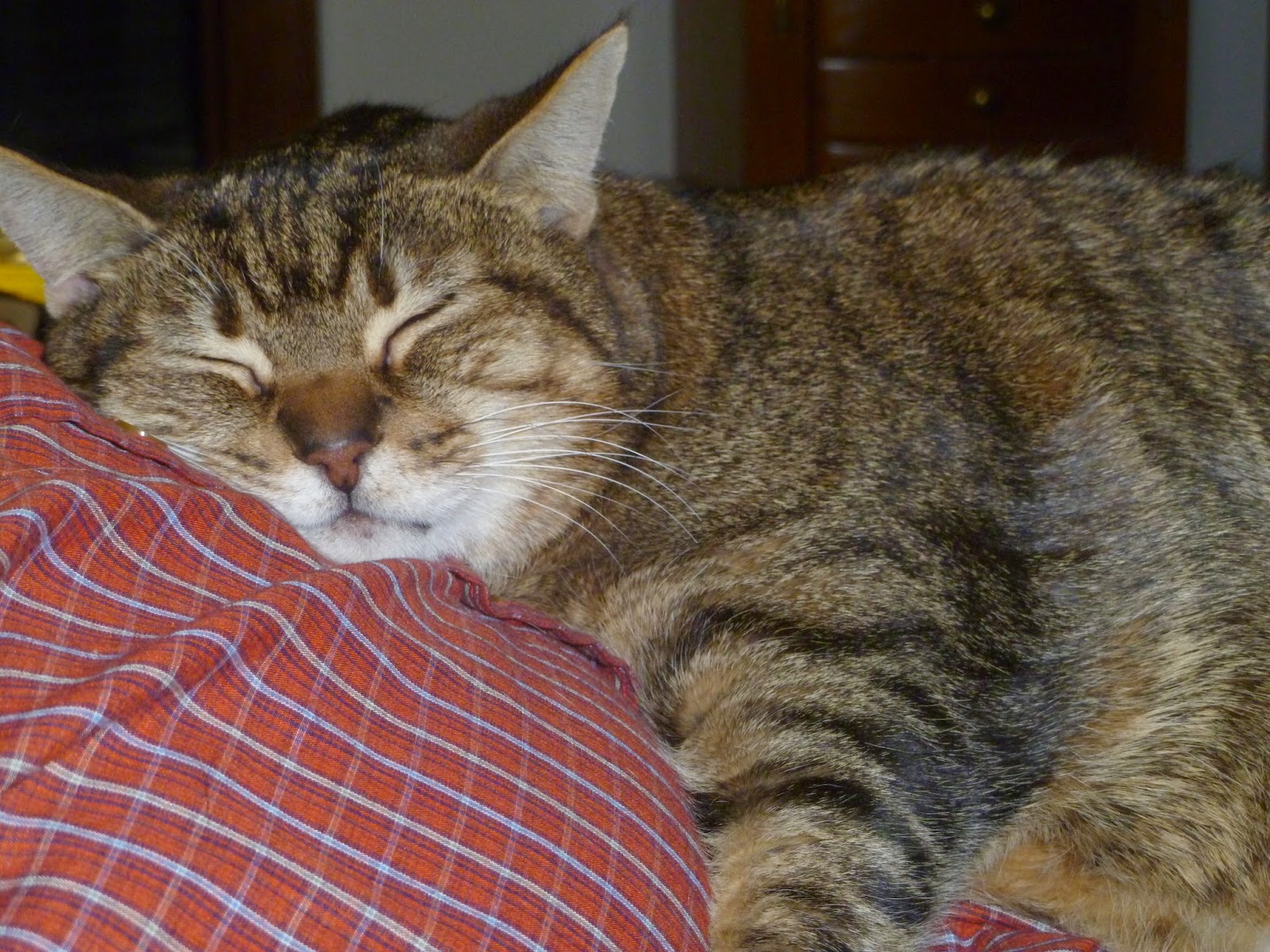 Next time--the beginnings of organization of the sewing room.
A seriously slow work in progress.
L,A-
Posted by Alice at 5:42 PM 5 comments:

Wishing you all love and laughter!! 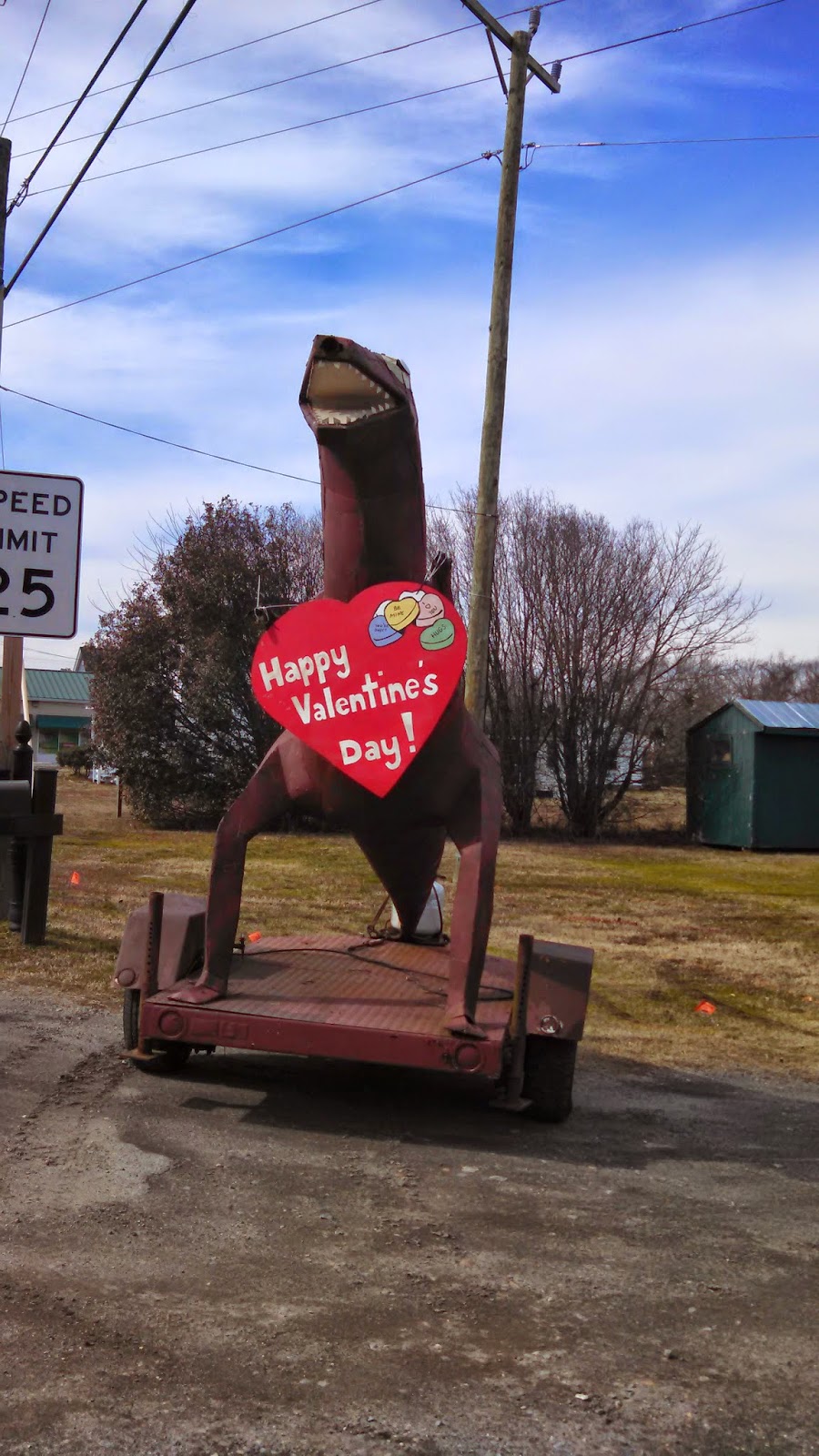 Alice
I have been deliriously happily married for over 25 years, have one son, traveled to many awesome places around the world and met some awesome people and learned how to quilt. This soon became an addiction--or maybe just collecting the fabric part???

I AM A VOLUNTEER